During the winter we get lots of calls about unblocking gutter downpipes. Most our customers are based in Surrey and London; therefore, experience lots of rainfall during the winter months. The heavy rainfall highlights issues with the gutters, as they often overflow when blocked or damaged. In earlier blogs we discussed the importance of having fully functioning gutters.

What’s more, gutters which are not regularly cleaned are more susceptible to damage. As well as this, errors during the initial instalment of gutters causes long term issues. Which means us at Surrey Jet Washing have to come in and unblock repair these issues.

Why do Downpipes get Blocked? 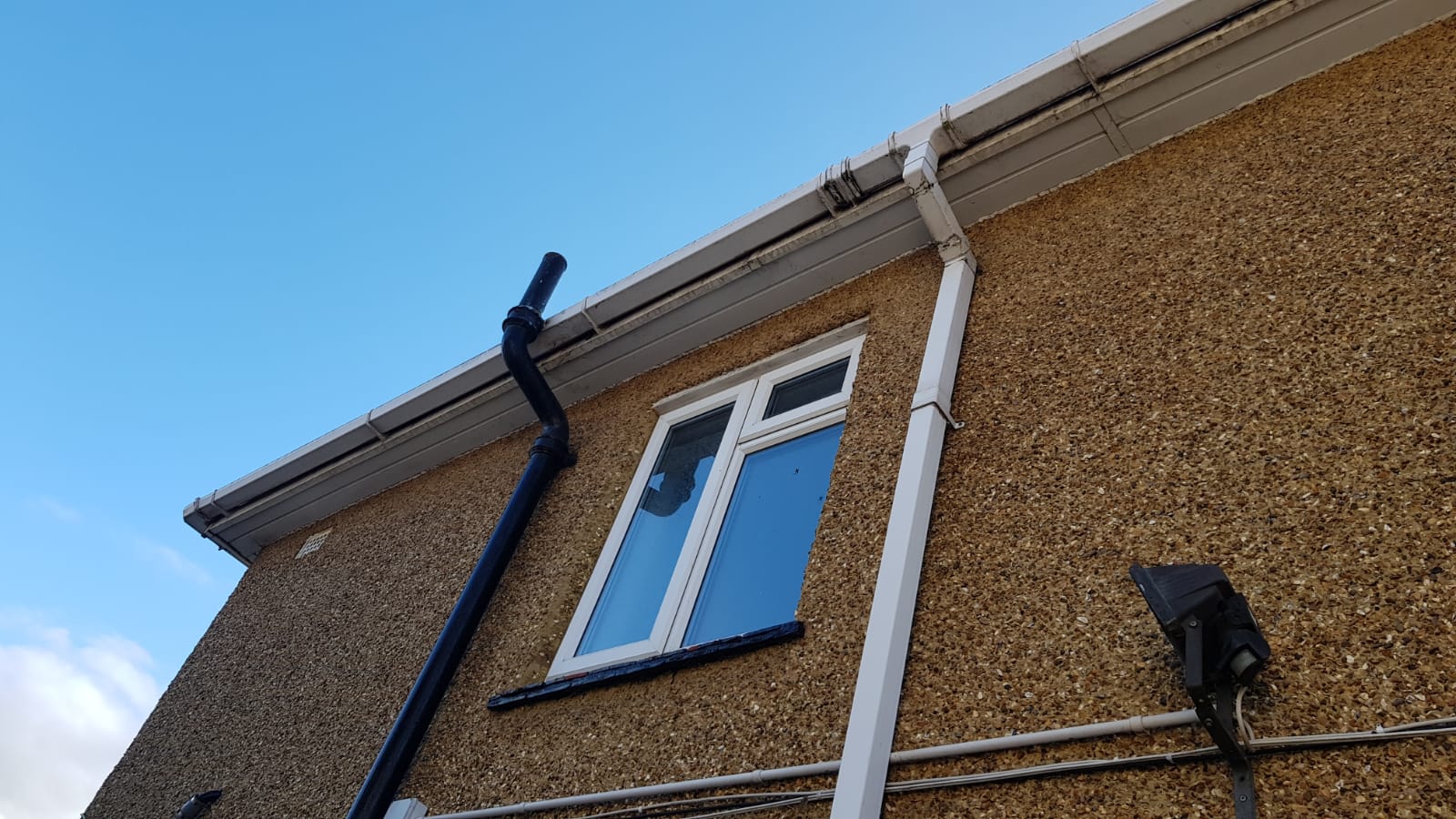 How to Unblock Downpipes

Once we diagnose a blocked downpipe, Surrey Jet Washing have to unblock the downspout. First of all put on your P.P.E. especially globes and goggles, as well as waterproofs, then. Set up your ladders safely, with them leaning against the wall and not the gutter and ensure they will not slip. It may only need a simple removal of dirt and debris if it is near the top using your gloved hand, put it in a bucket and ensure the downpipe is flowing freely.

Although, most likely place for a clog is at the elbow just below the rain gutter. You can use a plumbers snake or a stiff wire to loosen up the clog, then attach a nozzle to your hose and use the running water to flush the rest of the debris away from the downpipe. You may also try this from the bottom of the downspout, although, the clog is likely from the top meaning it will be more difficult to unblock from the bottom.

There may be instances when you may have to take the downspout off, or just the elbow if the blockage is particularly bad or very damaged. Therefore, remove and take a note of the code if you need to replace the part. Employ an expert like Surrey Jet Washing, if it is particularly difficult.

How to Prevent Future Blockage

Use a strainer to limit the amount of future blockages. Different strainers are suitable for the different sort of debris that are present in the gutters. Serious issues may require a design change to the gutter to limit future issues. For example most downspouts are 2″x3″, installing larger downspouts such as 3″x4″ and attaching a widemouthed outlet with no strainer. Therefore, the debris can fall down the downspout, more. Attach a collection box near the bottom of the downpipe with a screen with it. Allowing the homeowner or tenant to empty out the debris quickly and easily from ground level (source).

In summary we have found a solution to unblocking gutter downpipes. From why gutter downpipes unblock, how to unblock them and how to prevent future blockages. As always use P.P.E and contact Surrey Jet Washing to get a professional job.

Surrey Jet Washing
4.8
Based on 6 reviews